Another US install completed 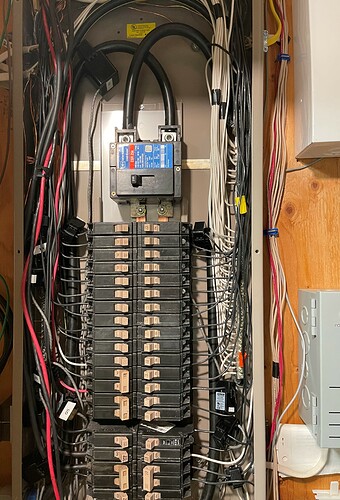 Biggest challenge I had was determining where to mount the iotawatt. Best location for running wire was directly below the panel, that area of the panel is least crowded and have well located knockouts. However it needed plywood extended and it also sits behind a faux wall (previous owners install, debating removing it completely). The best location for access to the iotawatt was to the side but those knockouts were crowded and the wire length would be maxed out. I decided more space to work running wires would be best.