I’ve compared the unit to a few other devices and it’s impressive. In many instances better than any competitor product at similar value. There are 2 things I would vote for in an upgrade to make the product more commercially accepted.

VARh , reactive energy is a billable item in many countries and a variable that should be recorded.

I believe that can be derived from the data that is already recorded - Wh and VAh. There has not been a demand for that data, so neither VAh or VARh units are supported in the script (and query) system, but it could be added. 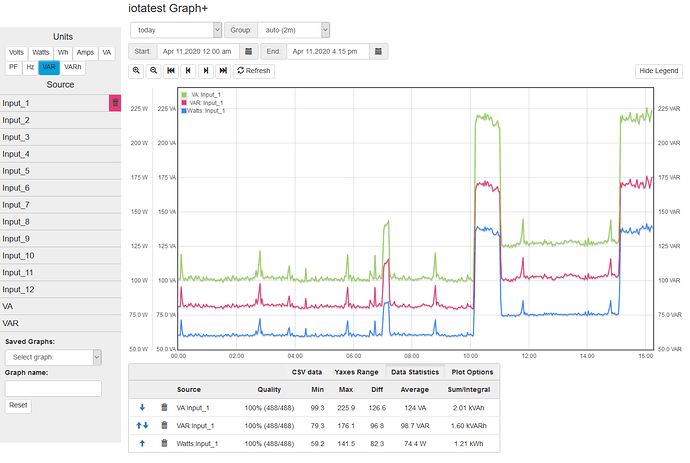 Internal handling of VT voltages ( many similar products cater for a hot connection of 110/220V as space in a DB for 3 phases is always an issue with external devices ).

Good news on VAr . I did see some code on it as referenced by “R” in a script file.

This would be a great function to have, would there be a significant lift required to get it as an option to export to influx?

I have already added it to the script system, so it will be available anywhere scripts are used - influxDB, Emoncms as well as implicitly in Graph+.

Right now, I am trying not to release any new functionality as it takes several months to get it to general release and I’m trying to bring MINOR and MAJOR onto the new core. Expect the changes to be in an ALPHA release sometime next month.