i am struggeling to be curtain that my power usage metering is good how i have it set up.
this is my electrical panel: 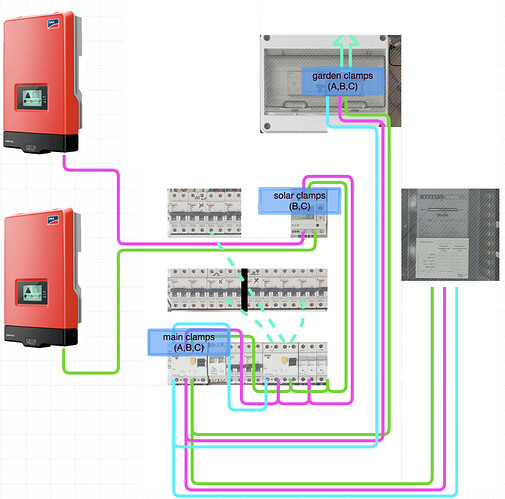 the A,B, C stands for the phase’s

I don’t think so. At least by this diagram.

These Scripts will give you accurate data when plotted with Graph+ for a time period up to a day or so, but become less accurate as the time period increase. To simplify and make it completely accurate, you may want to take a look at the integrator feature introduced in the recent release 02_07_03…

If you define an integrator as:

you can then define the four values as:

With this approach, your import, export and consumption will be accurate (going forward) even when you query over a week, month or year.

Thanks for the reply and getting it clear for me!!

What happens when you try? Are you in Oz?