My IotaWatt came in while I was on vacation and I just got some time to install it. I am a low voltage technician and seeing as how IotaWatt is a low voltage device, I wanted to see if I could improve upon the surface mount installs I see a lot here. I used a recessed Leviton 21" Structured Media Enclosure with vented hinged door to house the unit.

The Leviton Structured Media Enclosure has a lot of accessories you can use for mounting, but for budget’s sake I went with just some cable routing push pins and zip ties for now. There are shelves and brackets you could get. There are knockouts for incoming cable and conduit. It also includes a knockout for a standard single gang box. The adjacent knockout is for a power supply that does both AC and DC and is proprietary to Leviton, if anyone is interested. The door has a knockout for a lock so that the kids or nosy guests can’t mess with your devices. The whole thing is rolled steel, so WiFi can be problematic over longer distances. Which is fine for me, I don’t much like wireless and try to avoid it wherever possible.

Eventually there will also be an APU to act as a primary router (I use my cell phone’s hotspot at the moment, fiber should be here in the fall) running OPNsense, a PoE managed switch or two, and a couple Raspberry Pis - one as an AP for the IotaWatt while also running EconCMS, the other running HomeAssistant.

I got the IotaWatt because I am not a fan of the cloud and like how it can export to a lot of different databases, all residing on the local network. I recently was looking into getting a solar system but found that I am using way too much electricity for it to be justifiable. I am hoping it will help me identify what is using so much power and bring my average usage down to a point where solar makes financial sense.

Enough of that, here’s some pictures! 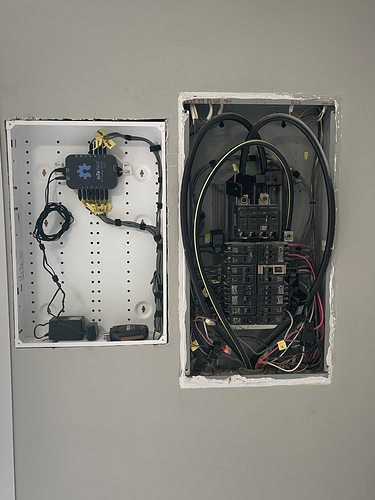 IMG_11623024×4032 1.29 MB
I live in a manufactured house so of course the panel is a mess and can’t be modified. Also why I needed a recessed enclosure. I ran out of labels for my label maker so I’m making do with electrical tape flags for now. Gotta figure out something to do with the excess cords for the reference and power supply. Eventually going to put a power strip on the left side to make more outlets available 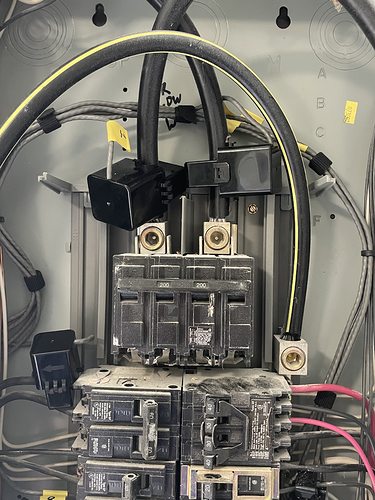 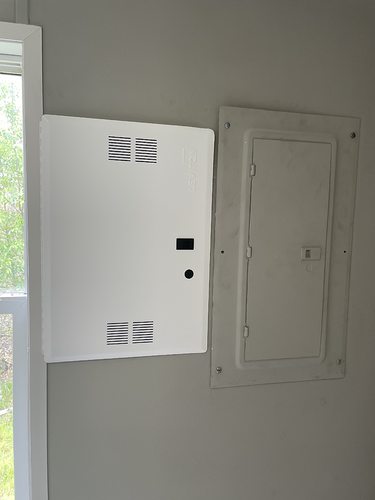 IMG_11693024×4032 894 KB
Everything is all closed up. I probably should have measured the door before cutting in the enclosure, the hinge is sort of on the window frame there. Oops. You guys thing I should paint it to match the wall and breaker box?

I was going to post more, but I guess I’m limited to three pictures. What do you all think?

A few others have reported success with metal enclosures. I’ll be curious to see your RSSI with the cover on and regular WiFi.

I upped your user level to accommodate more pics if needed.

Can I SSH into the device for that information? If not, how can I grab it from the web interface?

Expand the WiFi tab in the status display.