Not getting reading on a number of lines - resolved

CT’s are installed, I checked today to make sure that they are all latched. I have a known problem on one of the mains, but the other lines should not show 0. 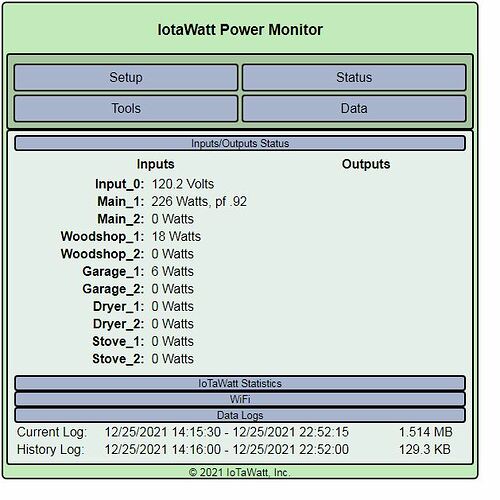 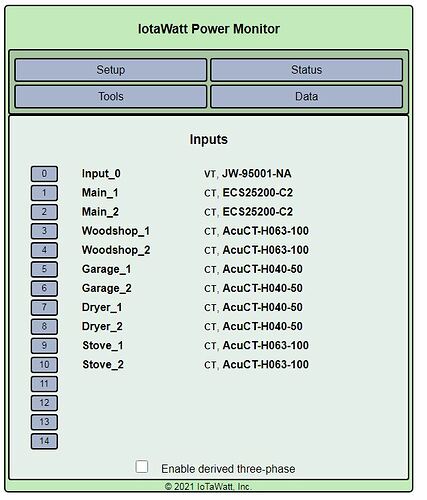 I have also checked the CT I have used:

From my order form:

Can you post a picture of the installed CTs please? 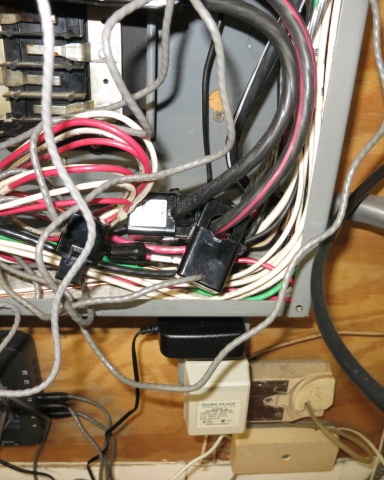 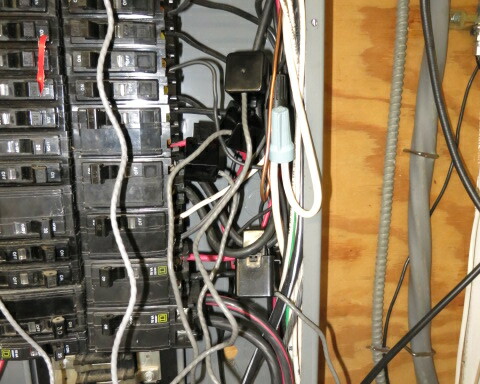 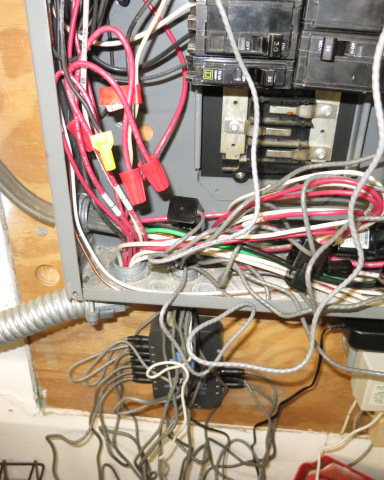 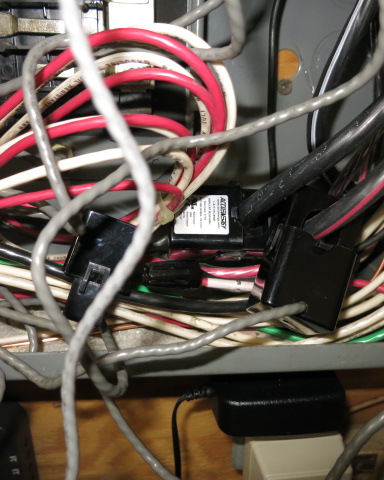 Can’t see the big picture, but it looks like they are installed properly. You say there was a problem with main2. Of the remaining circuits, the dryer probably is zero as main1 would be greater than 226 Watts if it were on. The stove would probably do the same if it were on, and I would expect power factor greater than .92 if the dryer or stove were on.

That leaves the Woodshop_2 circuit. Why do you believe it should be non-zero? Can you move that CT to the same conductor along side Woodshop_1 and see if it reads differently? Same with Main_2 and Main_1 if you feel Main_2 should not be zero.

Another test might be to start the dryer and take a screenshot of the status display with it on to see what the Mains read as well.

My apologies - user error! I had dropped the Wifi connection due to distance. Works well! Just need to solve the fitment issue on the mains - clearance problems.

This is a great product and thanks for the support!