We had a storm last week that dropped a bunch of leaves in my pool. When I went out after, I noticed that the skimmer had a lot of leaves in it, and the pump was really straining to pull water through.

I shut it off and cleaned it out, started it up again and all was well. Then I thought, “hmm, wonder what that looks like in IoTaWatt?” 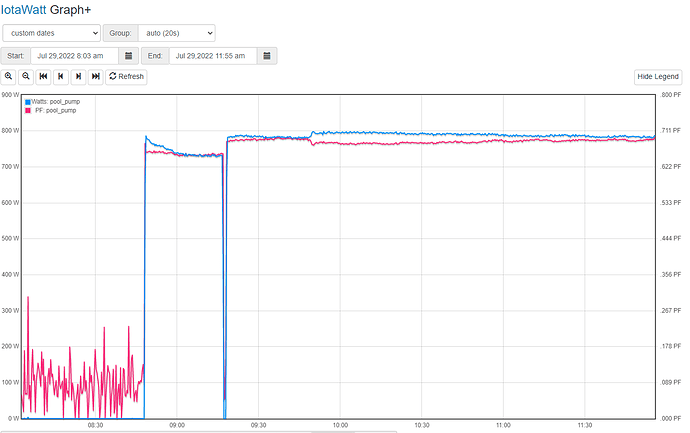 image1336×839 64.7 KB
Not much change in watts (actually, I think I originally looked at amps which didn’t change much, watts did change, maybe enough to detect/alert on), but power factor definitely took a hit, down to about .660 when it’s normally around .690 or .700.

So I added a guage on my pool monitor page in grafana, as well as an alert to send me an email if it happens again!

example alert email (need to work on that content!) 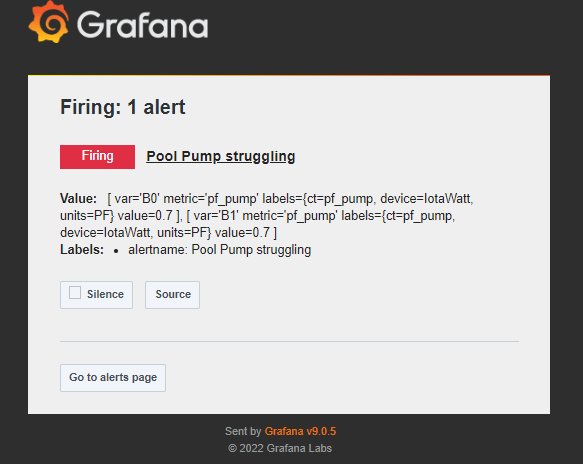