I don’t know why I didn’t do this years ago. Over the past year I’ve been getting more and more inquiries about how to measure imported and exported solar energy. IoTaWatt can maintain the net of the two, and Graph+ will integrate them over a day or less using outputs with min and max to differentiate. There is another method that uses an extra set of mains CTs to accomplish it very accurately at the sample level but uses extra CTs and requires redundant mains CTs and inputs.

One of the biggest reasons why I haven’t gotten it done is that I don’t have solar and can’t test directly as I’m developing. Instead of solar panels I have a lot of very tall pine trees here in New Hampshire. I have solar thermal for Hot Water but it only works well for six months in the summer and doesn’t require anywhere near the exposed roof area of PV. But I digress.

This issue has reached a new level of interest with Home Assistant users. While import and export are easily tracked with other external components like influxDB, PVoutput and Emoncms, due to the limited real-time only capabilities of HA Energy, it is necessary to integrate this within IoTaWatt in order to at least correct the total, if not the detail, whenever there is any interruption.

So in starting to finally address this, I’ve created a virtual solar power input. It produces a sinewave power profile between two given sunrise and sunset times. As of this writing it is working great. It doesn’t even require the datalog as any power or energy for a given time or period can be quickly calculated.

Now that I have this tool, I can work on a feature to integrate any output including solar import/export, batter charge/discharge and even VARh for things like commercial billing.

While it would be a stretch to squeeze into the ESP8266, the same integration facility has potential to things like apply tariffs to power import and export. 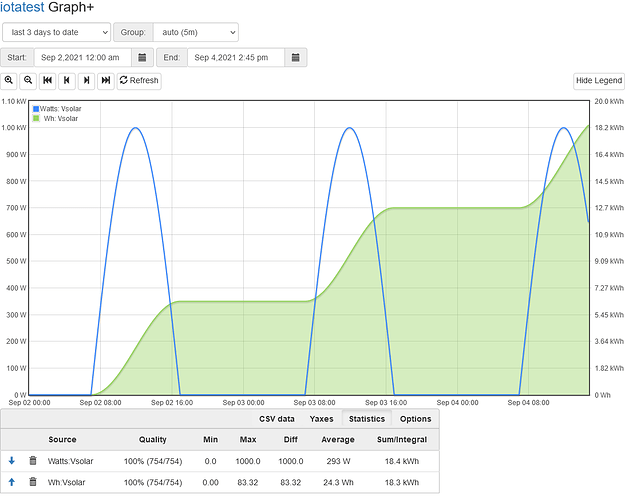 Applied to a real load. 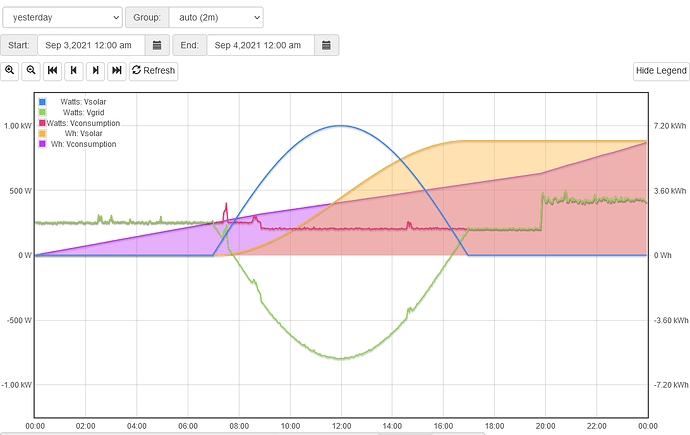 As in HA Energy 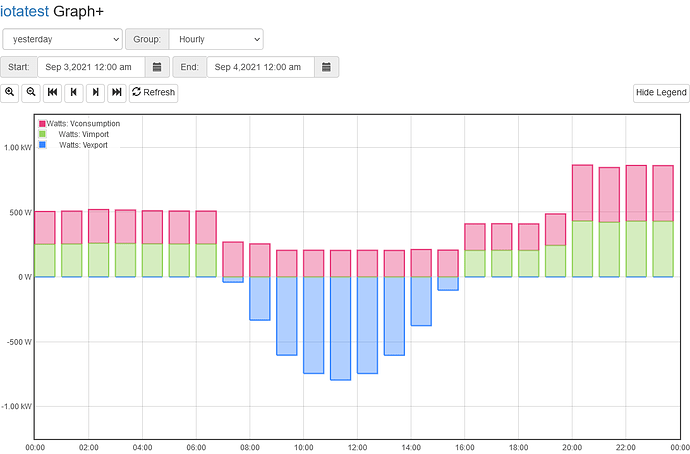